Reserve a table for your next visit

We will be closed Boxing Day and 2nd January – 4th February 2022, sorry for any inconvenience.

Authentic Indian Cuisine in the heart of Ryde

The Ali family moved to the Island in 1962, and created their first restaurant originally known as “The Taj Mahal”, just around the corner from here in Cross Street.

The restaurant remained in the same location until 1992 when an opportunity to move closer into the main town arose. The move was decided and the family moved the restaurant to Union Street, where it happily
remains today. With the change of premises came a change of name and “Ryde Tandoori” was born.

Although the Island has seen many changes over the years the one thing that has remained unchanged, is the high quality of cuisine that has been passed down the family line to this present day. 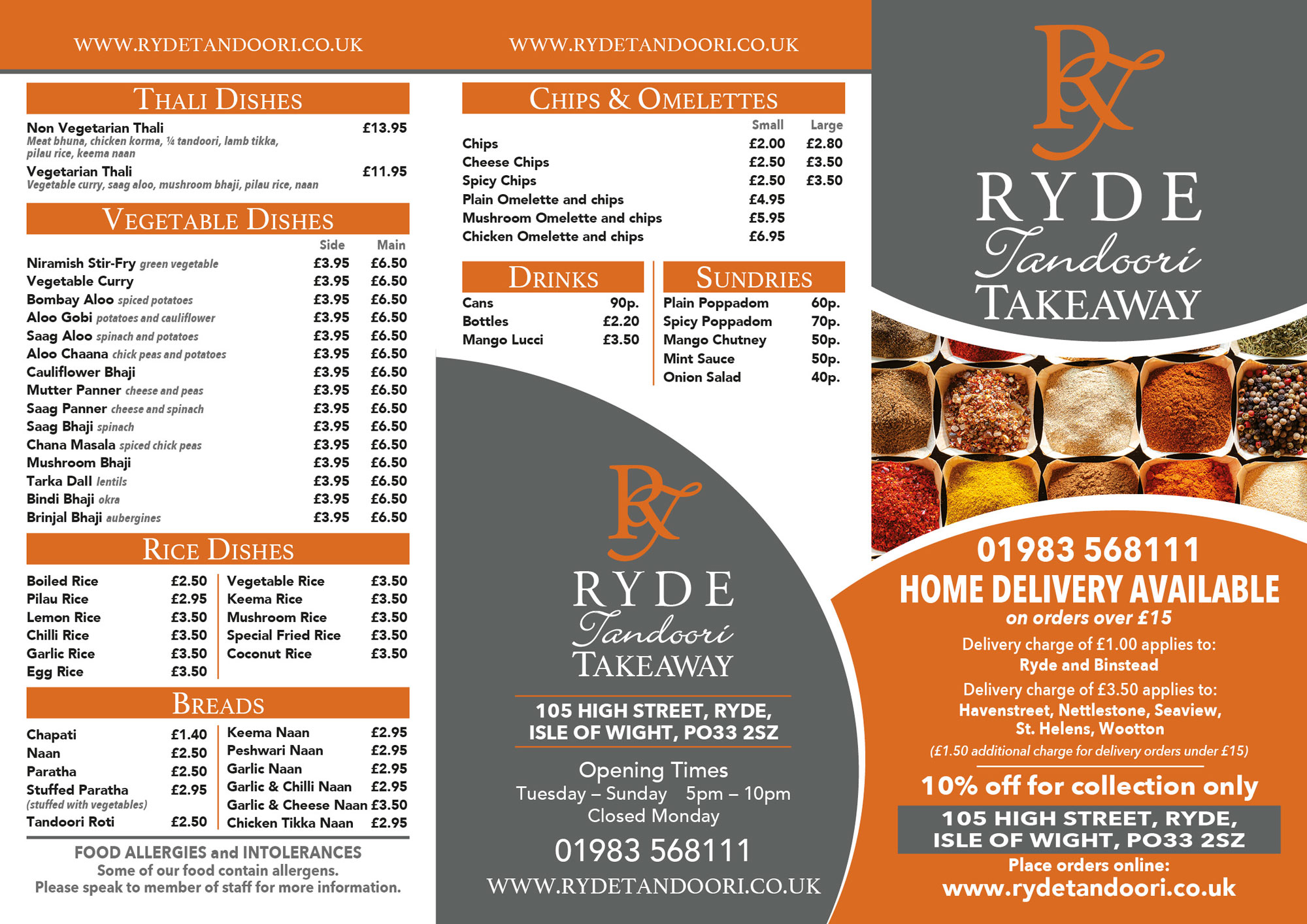 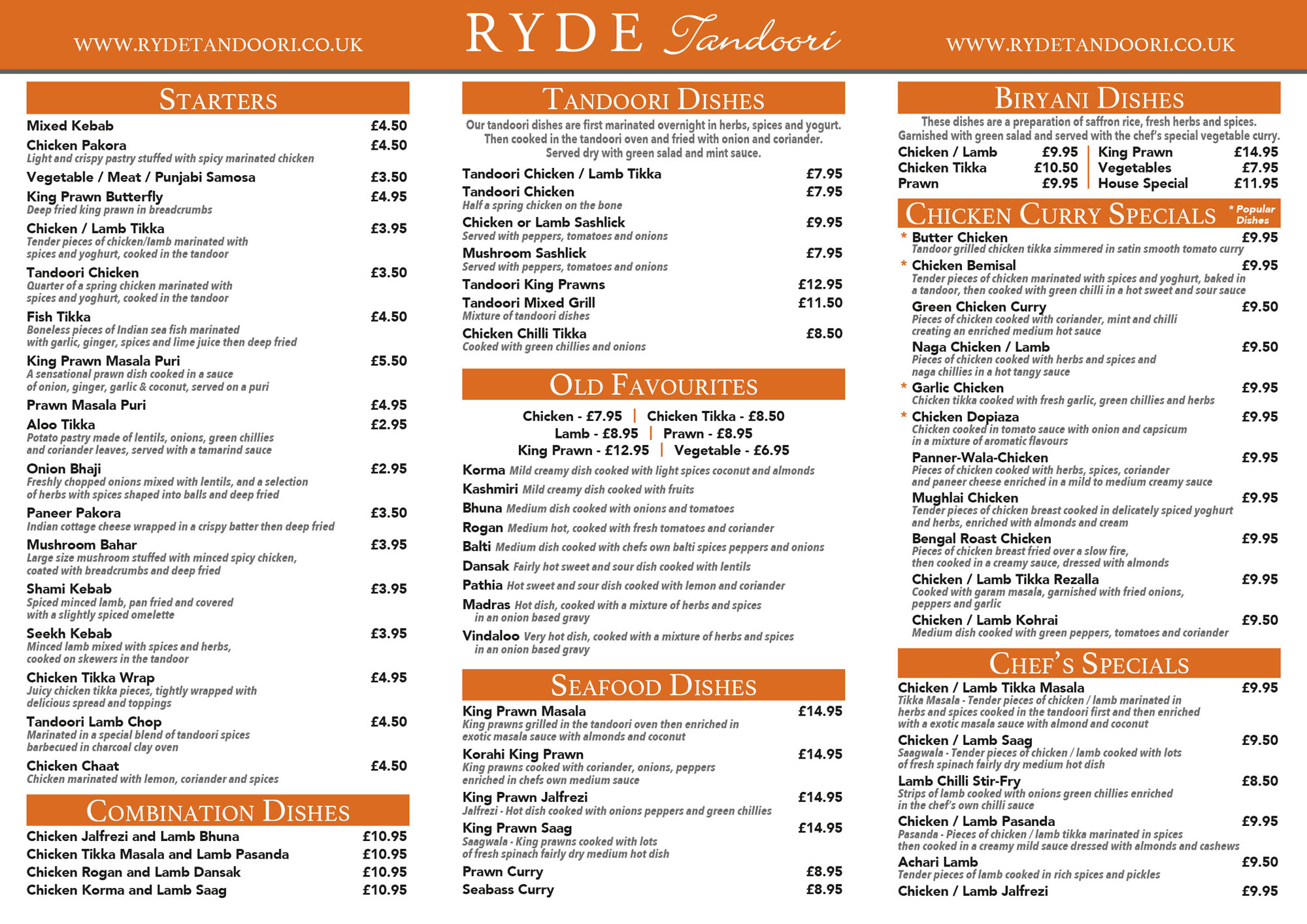 Reserve a table for your next visit

Call or email us to get in touch

When you visit our website, it may store information through your browser from specific services, usually in the form of cookies. Here you can change your Privacy preferences. It is worth noting that blocking some types of cookies may impact your experience on our website and the services we are able to offer.

We use Google Analytics to build better user experiences for future visits.
Google Fonts enable us to create a better viewing experience across the site
Google Maps help enhance your experience using maps and directions within the site.
Click to enable/disable video embeds.
Our website uses cookies to improve your site experience, from both Ryde Tandoori and third party services. Define your Privacy Preferences and/or agree to our use of cookies.